Review - The Miseducation of Cameron Post by Emily Danforth

Review - The Miseducation of Cameron Post by Emily Danforth

The night Cameron Post's parents died, her first emotion was relief. Relief they would never know that hours earlier, she'd been kissing a girl.

Now living with her conservative Aunt in small-town Montana, hiding her sexuality and blending in becomes second nature to Cameron until she begins an intense friendship with the beautiful Coley Taylor.

Now Cameron must battle with the cost of being her true-self even if she's not completely sure who that is. 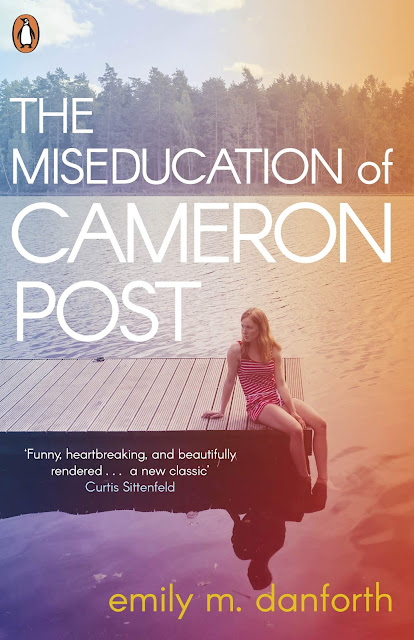 The Miseducation of Cameron Post is very much a book of two halves.

The first half deals with Cameron growing up, and discovering her sexuality, in early 90s Montana, in a small town where homosexuality is seen very much as a sin. The second half of the book deals with what happens when Cameron's homosexuality is discovered, and she's sent to a Christian school to be 'reformed'.

The first half is excellent. Cameron's coming of age and self-discovery happens in a slow, well paced way and it's really interesting to watch her go from relationship to relationship, struggling with her feelings, finding people who understand her and who help her understand herself, and fall in love.

The turning point in the middle of the book was very powerful, so much so that I had to put it down and walk away from it for a while until I felt emotionally ready to read on.

Unfortunately the second half of the book let it down a bit for me. I think I was expecting the Christian school to be worse than it was, and instead of packing a powerful emotional punch, Cameron just kind of meandered through it to an inconclusive ending. There didn't feel like there was any great struggle or conflict for her towards the end of the book, which was precisely when I was expecting it to really go up a notch.

Overall it's a great coming of age novel, dealing with important issues, but for me, it just didn't deliver on its early promise..

The Miseducation of Cameron Post by Emily Danforth is out now, published by Penguin Random House