Review - The Botanist by MW Craven

Review - The Botanist by MW Craven

This is going to be the longest week of Washington Poe's life...

Detective Sergeant Washington Poe can count on one hand the number of friends he has. And he'd still have his thumb left. There's the guilelessly innocent civilian analyst, Tilly Bradshaw of course. Insanely brilliant, she's a bit of a social hand grenade. He's known his beleaguered boss, Detective Inspector Stephanie Flynn for years as he has his nearest neighbour, full-time shepherd/part-time dog sitter, Victoria.

And then there's Estelle Doyle. Dark and dangerous and sexy as hell. It's true the caustic pathologist has never walked down the sunny side of the street, but has she gone too far this time? Shot twice in the head, her father's murder appears to be an open and shut case. Estelle has firearms discharge residue on her hands, and, in a house surrounded by fresh snow, hers are the only footprints. Since her arrest she's only said three words: 'Tell Washington Poe.'

Meanwhile, a poisoner called the Botanist is sending the nation's most reviled people poems and pressed flowers. Twisted and ingenious, he seems to be able to walk through walls and, despite the advance notice given to his victims, and regardless of the security measures taken, he is able to kill with impunity.

Poe hates locked room mysteries and now he has two to solve. To unravel them he's going to have to draw on every resource he has: Tilly Bradshaw, an organised crime boss, even an alcoholic ex-journalist. Because if he doesn't, the bodies are going to keep piling up . 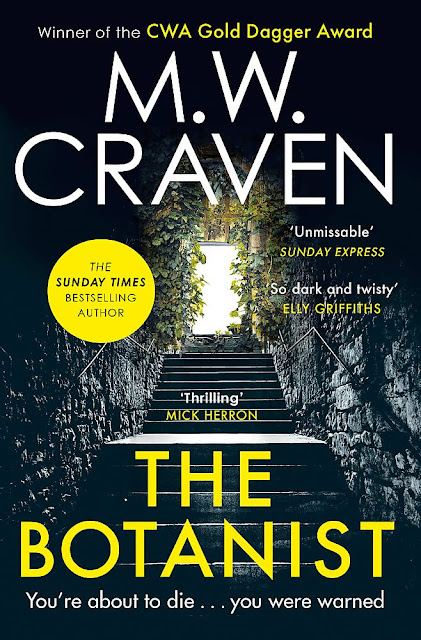 An absolute tour de force in crime fiction! I loved every moment of The Botanist.

First of all, the villain is wonderfully morally ambiguous. He's clearly an awful person, but the people he is killing are also incredibly repugnant. Do they deserve to die? Maybe not. Would I mourn any of their passing? Maybe not. This added a very interesting layer of complexity into the crimes.

Then there's the methodology. The Botanist is essentially a series of locked room mysteries, each one more complex than the last. It was fascinating watching Poe and Tilly struggle to solve them, while also being completely baffled myself.

One of the things I really like about the Washington Poe mysteries is the character development we see from book to book, and this has some really cool developments for Poe's personal life. There's a layer of sexual tension here that is absolutely delicious! I loved it. There's less focus on Tilly and Flynn, but I felt like that was a necessary sacrifice to give Poe the spotlight. And Tilly is still superb in every scene she is in. Her insistence on managing Poe's diet was hilarious.

And then everything comes together in a really fun and satisfying conclusion, one I saw just as it was about to be revealed, which really is the best time. It's not so much about who the killer is, but about how he is caught, and the finale of the book played it out beautifully.

Then there's the epilogue, and it was an absolute thrill to see one of my favourite bookshops, Forum Books in Corbridge, getting featured so prominently. The way these books tie into the real world around us gives them an edge of authenticity that I really enjoy.

The Botanist by M W Craven is out now, published by Little Brown Book Group.

I was given a review copy via Netgalley in exchange for an honest review.