Shay has followed Xander and joined his mysterious scientific cult at their remote Scottish compound. She's desperately searching for Callie, who went missing before the start of the epidemic that kills 95% of cases, and leaves a tiny number of survivors with astonishing new powers.

Can Shay uncover the truth about the origins of the epidemic, find Callie and perhaps even rekindle her relationship with Kai? Or will Xander's grand plans destroy them all for ever? 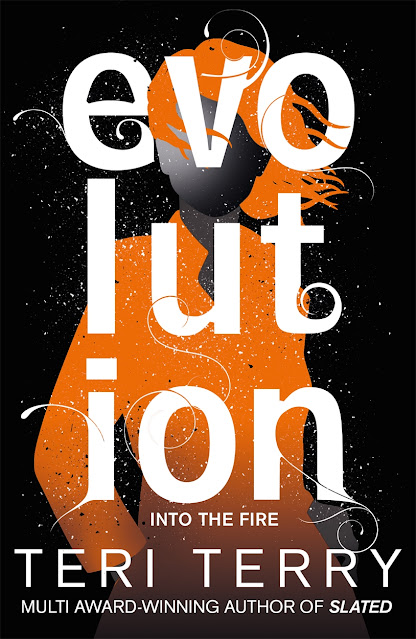 I've enjoyed the whole of this trilogy and Evolution didn't disappoint as it brought the whole thing to an end.

The science has been quite grounded through the first two books, considering the subject matter. I felt like Evolution took it a little further 'out there' at times, but I think it worked within the story and worked as an explanation for the sickness that's been affecting people in different ways.

The POV characters took quite a surprising turn. I definitely missed one of my favourite voices from the earlier two novels, but it played out really effectively. Each POV character got a fair amount of attention, and it never felt like I was being directed away from what I wanted to see.

One of my favourite elements of Teri Terry's writing is the moral complexity and ambiguity, and this was better than ever in Evolution. It was so hard to tell who was right and who was wrong, or even if there was a right or a wrong. Yet despite this complexity, there was a clear bad guy, and a clear heroine. I just wasn't sure how much I agreed or disagreed with their motivations and actions. This grey area makes this trilogy a fascinating one.

Dark Matter: Evolution by Teri Terry is out now, published by Hachette.

I was given a review copy via Netgalley in exchange for an honest review.