Theodosia was six when her country was invaded and her mother, the Fire Queen, was murdered before her eyes. Ten years later, Theo has learned to survive under the relentless abuse of the Kaiser and his court as the ridiculed Ash Princess.

When the Kaiser forces her to execute her last hope of rescue, Theo can't ignore her feelings and memories any longer. She vows revenge, throwing herself into a plot for freedom with the help of a group of magically gifted and volatile rebels.

Forced to make impossible choices and unable to trust even those who are on her side, Theo will have to decide how far she's willing to go to save her people and how much of herself she's willing to sacrifice to become Queen. 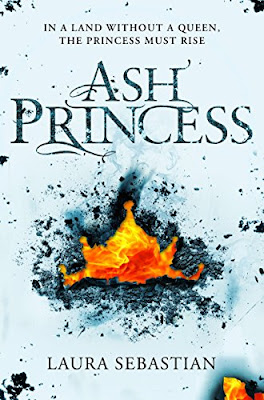 There's nothing I love more than a dark and dangerous political fantasy novel. and Ash Princess is a brilliant example of this type.of story. It kept me constantly on edge and concerned for the characters, there's a real sense of threat to the castle setting, and you never feel comfortable for any of the characters. I really liked the way Theodosia isn't treated as a typical prisoner, but is dressed up and shown off, almost but not quite part of the courtly life happening in her own home.

One element I was very impressed with was the description of the invaders. I've never before come across a culture so parasitical, that doesn't add land to its empire or conquer and take loot and prisoners home, but which actually moves from kingdom to kingdom, presumably in its entirety, as resources are used up. I'm looking forward to seeing more of the world Laura Sebastian has created in subsequent books.

After escaping from imprisonment under the brutal Kaiser, Theodosia is on the run, plotting to take revenge and reclaim her rightful place as queen of the enslaved Astreans.

Thousands of miles away from her people and her throne, Theo and her friends must work to gather an army. And the only way is to auction herself as a bride – to the kingdom who will pay the most. Freedom always comes at a price and with the Kaiser closing in, she must rely on her wits to identify who she can really trust. 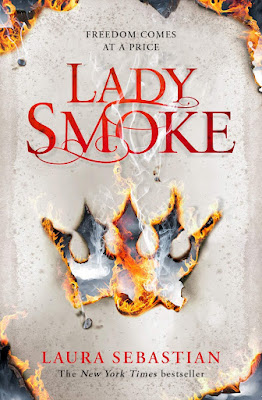 Lady Smoke is an excellent follow-up to The Ash Princess. I love the political intrigue, the continuous sense of danger and hidden threats around every corner.

It was really interesting to see different parts of the world Laura Sebastian has built, with suitors from a diverse range of nations turning up, and the political manoeuvring was fantastic.

There was a lot less action in most of the book, compared to the first novel, but I didn't think that was a bad thing. It allowed us to take a breath and reassess characters and their motivations, and then it all built up wonderfully into a powerful and dramatic battle.

Ash Princess and Lady Smoke, both by Laura Sebastian, are out now, published by Pan Macmillan

I was given review copies via Netgalley in return for honest reviews.