Review - The Killer You Know by S R Masters

Review - The Killer You Know by S R Masters 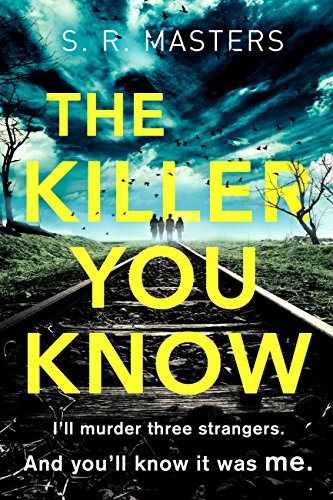 The Killer You Know is an excellent, twisty suspense novel.

It deals with five friends across two main time periods, and flicks frequently between the five different points of view in the past and a single point of view in the present. This is a really good way of handling multiple characters, without everything getting too complex, as all of the present day events are seen from a single perspective. It also keeps the reader guessing about what the other four characters are really up to in the present day plotline.

As teenagers, we see the five hang out as teens over two summer holidays, falling into relationships and making up silly games to keep themselves entertained. There's plenty of conflict between them too, particularly when you throw in the possibly creepy neighbour one of them befriends. Their final summer ends with one of them deciding that when he grows up he'll be a serial killer, complete with all of the details of the murders he'll commit.

In the present day, four of the five meet up for a reunion, and begin to find clues that their missing friend may have actually followed up on his serial killing plans. They're never fully convinced whether they are being a bit silly, imagining things or whether they've stumbled onto a genuine threat.

This novel plays with different time periods really well. We get hints and foreshadowing of events in the past, which are slowly explored through the eyes of the five characters, each with a distinct voice and mannerisms. The present day mystery is enthralling enough, and kept me guessing for much of the book, and I really enjoyed the way the two narrative threads intertwined and built to a conclusion. There are a few threads that are never resolved, but that doesn't detract from the main thrust of the story. The main character is very likeable, even though she makes some quite frustrating choices at times. Some of the others are rather irrititating at times though, and it was hard to really care much for a couple of them, which diminished the growing feeling of jeopardy a bit towards the end.

The Killer You Know by S R Masters is out now, published by Little Brown Book Group