Review - Too Dark To See by Chloë Heuch

Review - Too Dark To See by Chloë Heuch

After the death of her mother, 16-year-old Kay is on a mission to self-destruct. Unhappy at home and school, she only finds peace with the semi-wild ponies on the moors. She meets Sion up there, also looking to escape. They are drawn into a secret, intense love, but they cannot hide from their lives for long. An evocative, debut YA novel about a grieving teenage girl who finds hope in a wild landscape. 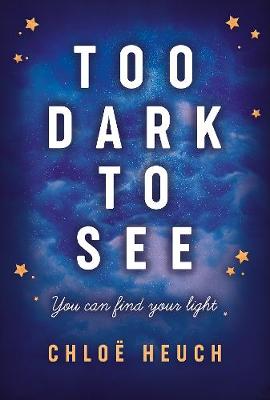 Too Dark to See is a very curious novel. I wasn't really sure what to expect from it, and I'm not really sure what I found either.
It's a novel about grief, about teenage life and how we cope with it. Kay has lost her mother and is struggling. From the start we see her using alcohol and casual sex as coping mechanisms for her grief. Then she has to deal with a house move, to the edge of a remote moor. She meets a new friend, who becomes more than just a friend, and has his own troubles. She faces adversity, fear, pushes her friends away, before finding some kind of peace.
It's a good novel. It deals with grief sensitively. There's more sex in it than I'm used to seeing in YA, but that too is generally handled quite sensitively. I liked the wildlife elements in it too, as Sion introduces her to the natural world all around her.
It's not great though. I just felt like there was something lacking. I don't think it's anything the novel does wrong, so to speak, more that it just doesn't go far enough, it feels restrained and a little safe.
As we see Kay struggling with her life, these big issues that threaten to tear everything down, they just...don't. There are very few repercussions she faces for any of her behaviour. She loses her virginity while drunk at a party, but it's fine. Slightly awkward seeing the boy at school the next week, but no big deal. She indulges in underage drinking, and it's fine. She skips school with such regularity that she's doubting whether she can even take her exams, but nothing ever comes of it. She trespasses on the land of the angry farmer with his shotgun and, although he chases her off, it never seems to stop her and there are no lasting consequences until the sudden and dramatic climax of the novel. It just all feels a little safe, like we're expected to believe that Kay's life is falling down around her but we're actually shown very little out of the ordinary for a typical teenager.
Too Dark To See handles its themes sensitively, but does little to push things.
🌕🌕🌕🌑🌑
Too Dark To See by Chloë Heuch is out now, published by Firefly Press.
I was given a review copy via Netgalley in return for an honest review.