Review - Has Anyone Seen Archie Ebbs? by Simon Packham

Review - Has Anyone Seen Archie Ebbs? by Simon Packham

Archie Ebbs has the perfect life. Good friends, a nice home and classmates who laugh at (nearly) all his jokes. But all that is about to change. As his family have to face unsettling times, Archie has his own worries...
Is he really starting to become invisible? 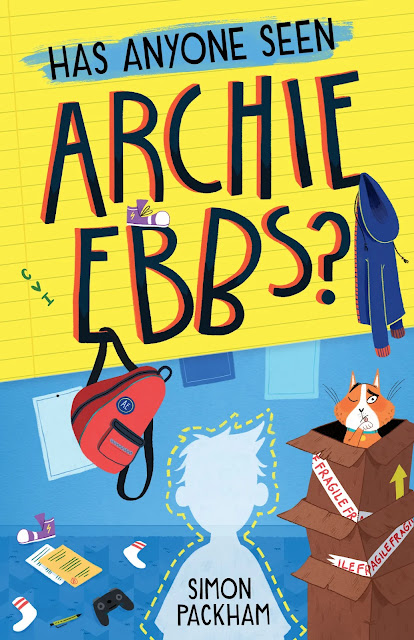 I found Has Anyone Seen Archie Ebbs a really interesting book. It deals with something I've really not seen handled in middle grade fiction before, the idea of a family falling off the bottom of the housing ladder, being placed in emergency accommodation and all that comes with it. And I felt like it handled this really, really well. There was Archie's confusion and upset about why this was happening to them, and his worries about their cat, left behind with a neighbour and how he would cope. There was his sister's sense of shame, that she couldn't possibly let anyone in school see where she was living, pushed to a (very believable) extreme of posting social media photos of them outside other houses, and pushing her boyfriend away so that he doesn't see her there.. There was also their mother's reactions, anger and resentment at the unhelpful council officers, and her sense of failure, that she'd let her family down badly. I thought this whole element of the book was fantastic.
Speaking of the fantastic, there's another major element to this book, that does push it into the realm of fantasy. Archie turns invisible. His schoolfriends and teachers can no longer see him, though his family can, as can the other "social reject" in his class, a refugee girl living in the same crappy B&B. I honestly found this part of the book really weird., and it felt like we were expected to just accept an awful lot without explanation. Why does Archie have to self-register every morning if no one can remember that he's supposed to be a pupil there? No one ever comments on him missing class. It's not just that he's invisible, it's like he's always ceased to be, all of a sudden. Then he comes back, in the middle of giving a speech, and no one says "Where did you come from?" They all just accept that he's part of the class just as quickly and easily as they accept that he wasn't. It feels like there was a great metaphor for people becoming invisible, that was pushed into them actually being invisible, but it still feels pretty rough around the edges. I like it as an idea, I'd just like to have seen a little more about what's happening in other people's perception of him, past and present.
One standout part of the book, however, was the treatment of the class bully, the disruptive element of the class always in trouble. Showing us some of his private life and why he is the way he is was beautifully done.
🌕🌕🌕🌑🌑
Has Anyone Seen Archie Ebbs? by Simon Packham is out now, published by Firefly Press.
I was given a review copy via Netgalley in return for an honest review.
Labels: MG review