The Twelfth Day of Blogmas - Journeys around Middle Earth


Some of my favourite books have an incredible sense of place. It's like you can close your eyes and picture the world around the characters, what it sounds like, what it feels like. Today I finished reading Sky Song, and that is definitely one of those books. I'll definitely be talking more about that soon. But another one of my favourites that fills every location with a level of detail you can almost reach out and touch is The Lord of the Rings. Tolkien's Middle Earth is incredibly deeply layered and carefully put together.

Nowadays of course,  there's a film studio that decided that New Zealand is the closest thing on Earth to Middle Earth, and some lucky people (like Charlotte) go there and walk around what is left of the film set, and it does look pretty magical. But it's not quite the real thing.

However, it is unlikely there'll be an Elven ship pulling into the Tyne quay anytime soon. The last ship has sailed.

Nevertheless, there have been times on my own wanderings when I've been struck with the very strong sense that I've somehow ended up in Middle Earth.

The first time I really noticed it was in Abernethy Forest, in the Highlands of Scotland. Abernethy is the largest remaining area of the ancient Caledonian forest. When I arrived, walking in along the Ryvoan pass from Cairn Gorm, I could see it spread out below me, a vast canopy of trees. I was expecting something similar to the pine plantations of Northumberland, a dark, close-set world of tall, straight conifers, very little growing in the pine-needle covered floor below. I was stunned and amazed by what I found. 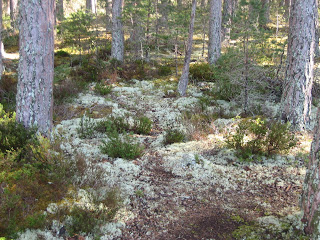 Abernethy is a very open forest. Ancient trees grow there, twisted around and spreading out as they like. Fallen trunks are covered in moss. Pretty silver lichen grows around patches of rock and heather and juniper grow in the dappled sunlight between the trees. But you can't go wandering where you will, for this is a bog forest and if you stray from the path you never know where you might end up. 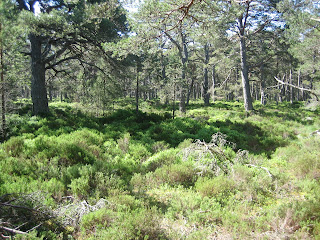 It feels ancient, it feels powerful, it feels magical. In fact, it feels like Fangorn. Some of the trees in there are hundreds of years old, and feel like it would just take a couple of hasty hobbits to wake them up.

I've been to several places that remind me of the Dead Marshes, that Frodo, Sam and Gollum had to cross to get to Mordor. The best one has to be Foulshaw Moss, in Cumbria. Even the name sounds like a good fit for Mordor.

Foulshaw is a peat bog, a rare environment in Britain today. Like the Dead Marshes, it looks like there are ways around the various pools, but every step is treacherous and you could sink into the bog at any moment. At least you could if Cumbria Wildlife Trust hadn't put boardwalks in! There are lizards sunning themselves on the rocks, snakes skating across the pools and tiny butterflies, bright green little jewels, hiding among the heather. There are huge moths with eyes on their wings flitting over the moss and black and red dragonflies darting around. Other than that the place seems strangely devoid of life, with none of the big bird flocks I'm used to seeing on wetlands. It's certainly not somewhere I'd like to have to cross without a very knowledgeable guide! 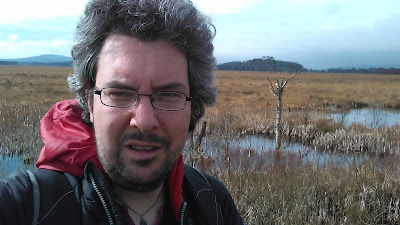 Roseberry Topping, on the border of Cleveland and Yorkshire, isn't huge. It isn't really a mountain. But because of its position and its distinctive shape it dominates the landscape for miles around, a solitary peak before you hit the high ground of the North York Moors. It was my dad who named it the Lonely Mountain when we took my kids up there this autumn, and although we didn't find the door into it, or the dragon's hoard, I can quite believe that they are there! 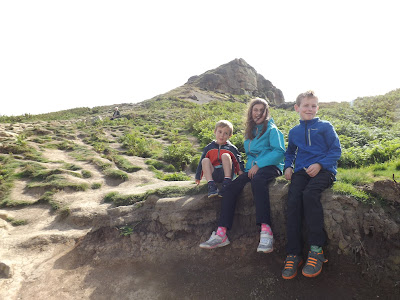 Do you have any favourite real world places that remind you of locations in books? Let me know here or on Twitter!