Review - Daughter of Darkness by Katharine and Elizabeth Corr

Review - Daughter of Darkness by Katharine and Elizabeth Corr

Deina is trapped. As one of the Soul Severers serving the god Hades on earth, her future is tied to the task of shepherding the dying on from the mortal world - unless she can earn or steal enough to buy her way out. Then the tyrant ruler Orpheus offers both fortune and freedom to whoever can retrieve his dead wife, Eurydice, from the Underworld.

Deina jumps at the chance. But to win, she must enter an uneasy alliance with a group of fellow Severers she neither likes nor trusts. So begins their perilous journey into the realm of Hades...

The prize of freedom is before her - but what will it take to reach it? 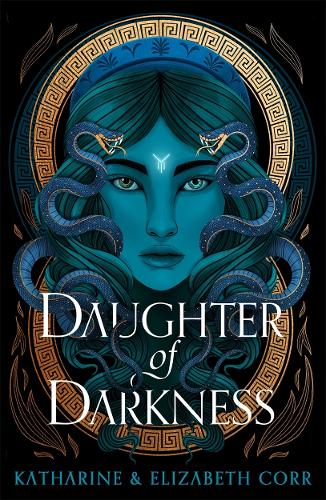 Daughter of Darkness is just superb!

Myth meets magic, it is full of mystery, marvels, betrayals and romance.

It's a retelling of the Orphean myth, but the way it has been reinterpreted is just marvellous. Katharine and Elizabeth Corr have created a world rooted in Classical mythology but with a mythology all of its own.

It's presented slowly, through rites and rituals in Iolkas, one small part of a larger world, as we see the inhabitants of the House of Hades and the dark rituals they conduct.

Orpheus the Tyrant is a scary and ominous character. The power radiates off of him from the very start, and he's so shrouded in mystery that it is so exciting to learn more about him, his history and his schemes. The group assembled to go on an expedition into the underworld is really interesting, and the group dynamics work well, with rivalries and old history between many of them meaning that they were fighting amongst themselves as much as anything, adding layers of intrigue to the whole thing. Then there's Nat, who introduces an element of sexy mystery to it too.

The depiction of the underworld was wonderful, capturing both the uncertain, shifting nature of the realm and the potential for terrifying consequences for anyone who visits it. I loved the different challenges they faced there, and how they had to use different methods and skills to overcome them. It had all the elements of a fantastic adventure.

Daughter of Darkness by Katharine and Elizabeth Corr is out now, published by Bonnier Books.

I was given a review copy in return for an honest review.