Review - Where the World Turns Wild

Hi! Double posts today, all part of the Where the World Turns Wild blog tour.

I've got a very special guest post by author Nicola Penfold, that I'll be sharing here. It's an excellent piece about journeys in literature, and I definitely recommend reading it. To keep things straightforward, I'm sharing my own review of Nicola's book in this post.

Also, don't forget to check out the rest of the tour! Some of my very favourite book bloggers are involved. 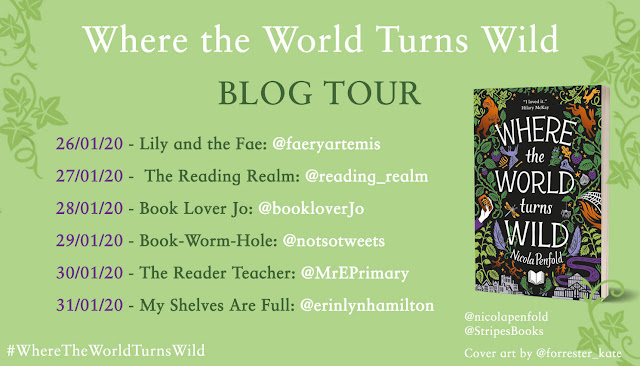 Where The World Turns Wild by Nicola Penfold.