Nevermoor: The Trials of Morrigan Crow by Jessica Townsend


Morrigan Crow is cursed. Having been born on Eventide, the unluckiest day of the year, she's blamed for all local misfortunes, from hailstorms to heart attacks - and, worst of all, the curse means that Morrigan is doomed to die at midnight on her eleventh birthday.
But as Morrigan awaits her fate, a strange and remarkable man named Jupiter North appears. Chased by black-smoke hounds and shadowy hunters on horseback, he whisks her away to the safety of a secret, magical city called Nevermoor.
It's then that Morrigan discovers Jupiter wants her to contend for a place in the city's most prestigious organisation: the Wundrous Society. In order to join, she must compete in four difficult and dangerous trials against hundreds of other children, each boasting an extraordinary talent that sets them apart - an extraordinary talent that Morrigan insists she does not have.
To stay in the safety of Nevermoor for good, Morrigan will need to find a way to pass the tests - otherwise she'll have to leave and confront her deadly fate once and for all. 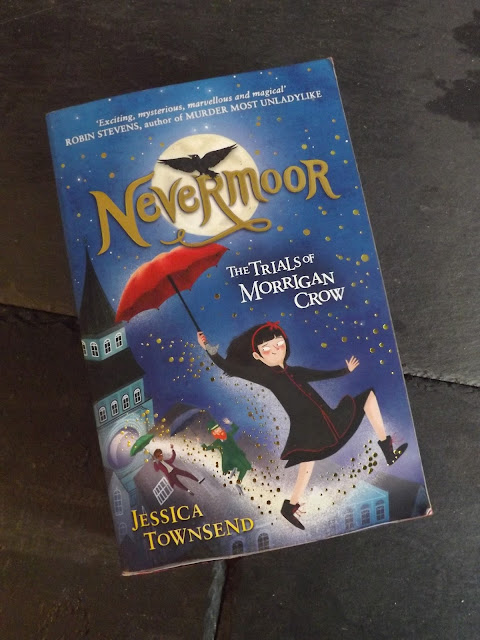 I really enjoyed this children's book. Morrigan Crow is such a wonderful character. At the start of the book she's getting blamed by the people of her town for everything that goes wrong, because of her curse. She accepts most of it with just enough sullen grumpiness. Then Jupiter North appears and whisks her away from her imminent death to a whole new world of adventure and mystery. She feels lost and confused by it all, enchanted and scared by what she discovers there. I could feel her frustration with Jupiter, and like Morrigan, I wanted answers to what she was going to face in the trials and just what her knack is!
It's unusual to see a character being thrown from one fantasy world to another. Most of the time they leave a real world setting, and this added an interesting layer to the story. We don't know a lot about Morrigan's home, before we're exploring the city of Nevermoor with her. There's a great balance of explanation and mystery, that left the me feeling satisfied with each new area explored and the answers I was given, and not too frustrated with the ones being kept secret.
Jupiter North is a brilliant character. In my head he sounded just like David Tennant's Doctor Who. He had the same carefree, whimsical attitude, that could turn incredibly serious and even scary with startling speed. And like The Doctor, you can't help but trust that he does have everything under control, however unlikely that might look at times.
There's also a Wundercat, a huge, talking, beautiful, powerful cat called Fenestra.
The Trials of Morrigan Crow is book one in the Nevermoor series, and I can't wait for book two, later this year.
Also, I met Jessica Townsend recently at Waterstones Durham, where she was attending their children's book club, and she's absolutely lovely!
I'm giving Nevermoor: The Trials of Morrigan Crow 4 and a half moons.
🌓🌕🌕🌕🌕 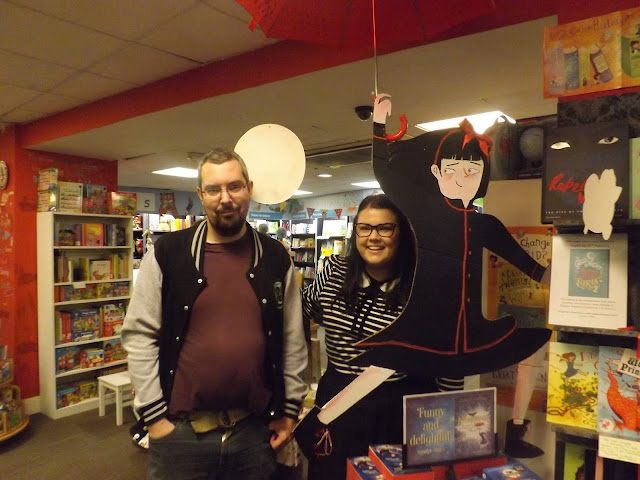