You Can't Make Me Go To Witch School by Em Lynas, with illustrations by Jamie Littler 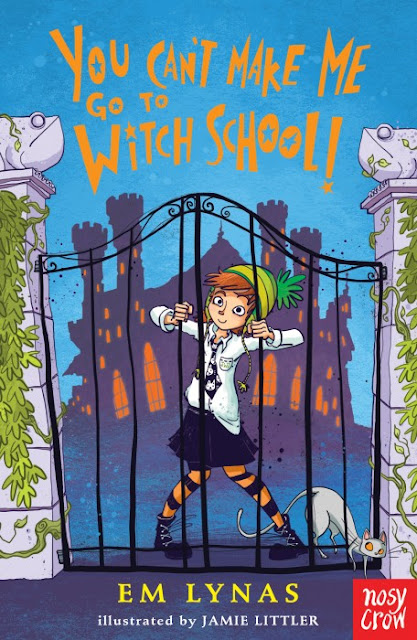 Daisy Wart, a Shakespearean actress with grand ambitions, is FURIOUS at being left at Toadspit Towers School for Witches by her grandmother. SHE IS NOT A WITCH! But Daisy soon becomes drawn into the mysteries of life at Toadspit, and finds that she even has a few magical surprises up her sleeve. . .

A wonderful, fun, clever and exciting witchy book with an absolutely brilliant heroine who just wants to get out of there.

I read this one with my son, L (age 9). Then his sister, El (age 11) decided that she wanted to read it with us, Then she took it home with her, read ahead and demanded to borrow books two and three! So that's how good it is!

Daisy is remarkably refreshing. She doesn't know anything about being a witch or about Toadspit Towers School for Witches until she's left there by her grandmother. And she is not happy about it! Unlike many witch/wizard school books, there's not a whole lot of emphasis on Daisy struggling through lessons or getting to grips with the magical world she's thrust into, because there is a lot of emphasis on her getting the heck out of there and back to her old school. She's just got a few days to escape, or she'll miss her starring role in Midsummer Night's Dream, where (in one of my absolute favourite running jokes of all time) everyone will get the opportunity to see her Bottom!

Daisy comes up with a series of different plans to get out, and these are outlined very nicely at the start of the chapters, in a summary section that is really useful if, like me, you only get to read it once a week or so.

The humour is absolutely spot on. Daisy has such magnificently dramatic tones in her speech that it is a joy to read aloud, with some of her particular mannerisms ack-chew-ally broken down in the text.  The school itself is fascinating, from the deadly garden to the customisable cauldron bedrooms each girl has, to the familiars and tools stored as charms on bracelets, and I can't wait to find out more about it as the trilogy progresses.

There's a lot more to it than humorous escape plans though.  So much of the book is about fitting in, whether that means conforming to the rules or fitting into new social groups. Friendship is a huge part of the story, and with it comes bullying, the "Brightest and Best" girl who doesn't take kindly to the new girl. I thought this was handled really well in the story, showing the effects and impact of peer pressure but also how to get away from it.

You Can't Make Me Go To Witch School is a fabulously funny story, best read aloud in dramatic, actor style. It's also inspired me to look for a local am-dram production of A Midsummer Night's Dream. The world has been denied my Bottom for too long! 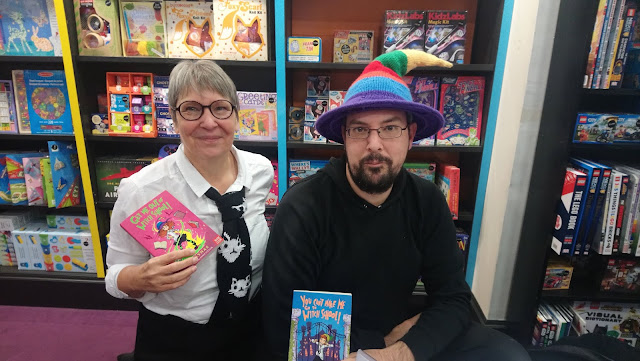