Blog Tour - The Beast and Bethany - Revenge of the Beast

Good morning! Today I have a totally beastly book to review for you as part of The Write Reads Blog Tour. 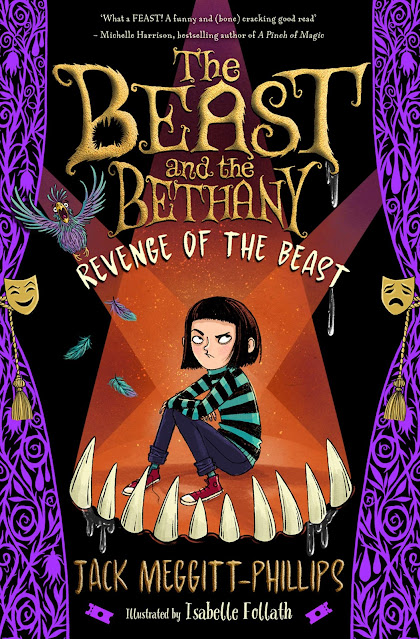 Lemony Snicket meets Roald Dahl in this riotously funny, deliciously macabre, and highly illustrated sequel to The Beast and the Bethany in which Bethany and Ebenezer try to turn over a new leaf, only to have someone—or something—thwart them at every turn. Once upon a very badly behaved time, 511-year-old Ebenezer kept a beast in his attic. He would feed the beast all manner of objects and creatures and in return the beast would vomit him up expensive presents. But then the Bethany arrived. Now notorious prankster Bethany, along with her new feathery friend Claudette, is determined that she and Ebenezer are going to de-beast their lives and Do Good. But Bethany finds that being a former prankster makes it hard to get taken on for voluntary work. And Ebenezer secretly misses the beast’s vomity gifts. And neither of them are all that sure what “good people” do anyway. Then there’s Claudette, who’s not been feeling herself recently. Has she eaten something that has disagreed with her?

I loved The Beast and the Bethany, with it's horrible monster planning on eating quite a horrid girl, so I was really looking forward to Revenge of the Beast. 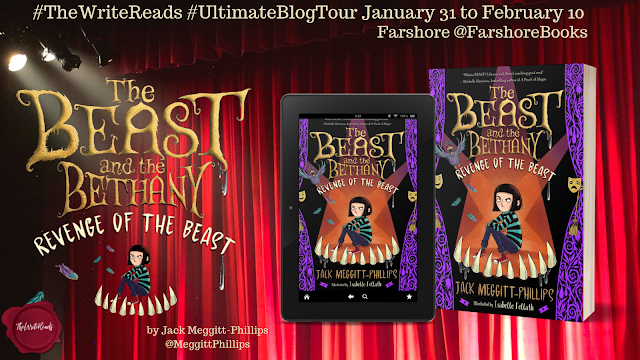