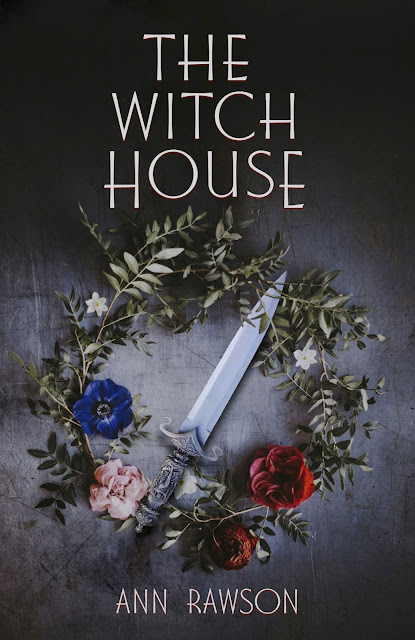 Who can you trust, if you can't trust yourself?

Alice Hunter, grieving and troubled after a breakdown, stumbles on the body of her friend and trustee, Harry Rook. The police determine he has been ritually murdered and suspicion falls on the vulnerable Alice, who inherited the place known locally as The Witch House from her grandmother, late High Priestess of the local coven.

When the investigations turn up more evidence, and it all seems to point to Alice, even she begins to doubt herself.

Can she find the courage to confront the secrets and lies at the heart of her family and community to uncover the truth, prove her sanity, and clear herself of murder?

I really enjoyed this book, but it was not what I was expecting to read. I guess it's my own fault, as my long standing rule is to always judge a book by its cover, so I was expecting some kind of dark horror. If I'd actually read the blurb instead I'd have known what I was getting into, which is actually a really tense, well plotted psychological crime thriller.

As a thriller, it really is excellent. The plot is taut and tense and kept me on edge throughout. There were so many different threads going on, from antique Roman finds to modern real estate development, that I could never tell how it all fitted together, or who could really be trusted, until the, very satisfying, conclusion. Even then there were a few elements that remained purposefully mysterious, which I do generally prefer over the slightly forced feeling of every last thread being neatly trimmed.

Alice is a brilliant character too, our main protagonist. Everything we see is through her eyes, and it's a fascinating use of the unreliable narrator. Alice has mental health issues, specifically around anxiety, with a history of a breakdown, and it's presented as if she's often uncertain just what is actually real and what isn't, making me as a reader doubt her understanding and presentation of events. I thought the mental health aspects were treated sensitively and respectfully, though it's not an area I'm particularly qualified to judge. It definitely felt like the author wasn't treating them as either a joke or a throwaway tool, and I liked the way it influenced how people around her saw her and responded to her, both positively and negatively. The themes around family were also treated really well, with both positive and some very negative examples of how family can treat each other adding to a fascinatingly complex and enticing story.

From the title and the cover, I was expecting more witchcraft, but it was certainly something that cast its shadow over the events in the book, and I really enjoyed this part of the story too. Again, it was generally portrayed in a sympathetic way though it showed clearly how it's not always perceived in that light.

Oh, and one warning for sensitive readers: it does contain some animal cruelty, though as readers all we see are the fairly unpleasant end results and not the process.

In all, The Witch House is well plotted with fascinating themes and excellent characters. A psychological thriller well worth reading.

I'm giving it four and a half moons.

I was sent a copy of The Witch House by Red Dog Press in return for a fair and honest review and participation in the blog tour. Be sure to check out the rest of the tour!