Review - The Truth About Keeping Secrets by Savannah Brown

The Truth About Keeping Secrets by Savannah Brown

Sydney's dad is the only psychiatrist for miles around their small Ohio town.
He is also unexpectedly dead.
Is Sydney crazy, or is it kind of weird that her dad - a guy whose entire job revolved around other peoples' secrets - crashed alone, with no explanation?
And why is June Copeland, homecoming queen and the town's golden child, at his funeral?
As the two teenagers grow closer in the wake of the accident, it's clear that not everyone is happy about their new friendship.
But what is picture perfect June still hiding? And does Sydney even want to know? 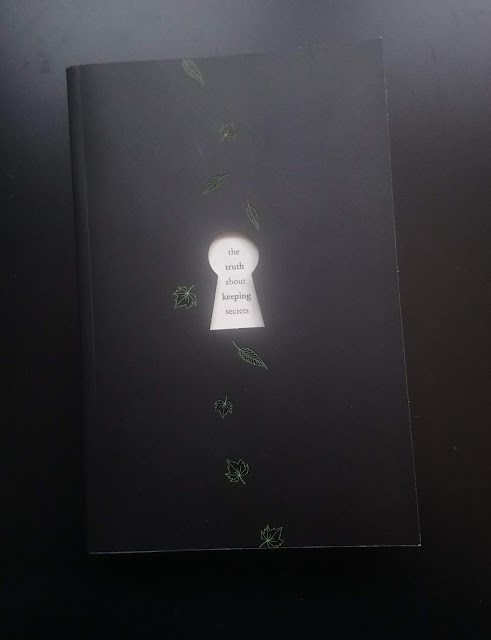 WOW!
You know when you pick a book up thinking you know what kind of a story it will be? I got a copy of Savannah Brown's YA debut from Penguin Random House, with a copy of Karen McManus' Two Can Keep a Secret, (reviewed yesterday) and I was expecting it to be a similar style of YA crime. I was expecting a murder, some plucky teens, suspicions, threats, a murderer caught.
That wasn't what I got at all, and I was totally blown away by it.
The Truth About Keeping Secrets isn't really a novel about a murder, it is a novel about grief and loss. It's a novel about Sydney dealing with the death of her father, or trying to deal with it. It's not about plucky investigations, it's about a heart broken girl desperately reaching for anything to make sense of her father's death.
It is intense! It is dark, and powerful and poetic and beautiful and lyrical and fucking intense!
It's definitely not a comfortable read. There are themes of grief, obviously, but also abuse and toxic, abusive relationships, and although they are dealt with in a very respectful and appropriate way, I felt very uncomfortable reading it at times. I love intense, emotional reads though, and this is definitely not a criticism.
The writing is incredibly beautiful. Savannah Brown is a poet, and it really shows in the lyrical quality of her writing.

The Truth About Keeping Secrets is an intense, emotional and beautiful read. It is out on 7th March from Penguin Random House.
I'm giving it five moons.
🌕🌕🌕🌕🌕

I received a proof copy of The Truth About Keeping Secrets from Penguin Random House in return for an honest review.