Review - What Falls Between The Cracks by Robert Scragg

It's been a while since I last did a blog tour, and I'm currently reading quite a bit of adult crime fiction, so when I was asked to be a part of the blog tour for Robert Scragg's debut crime novel, What Falls Between the Cracks, I jumped at the chance.

What Falls Between the Cracks by Robert Scragg, 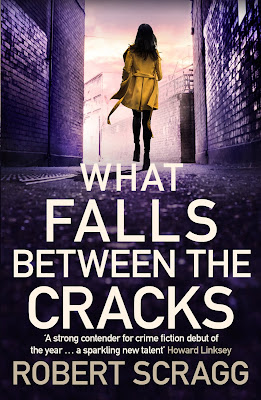 When a severed hand is found in an abandoned flat, Detective Jake Porter and his partner Nick Styles are able to DNA match the limb to the owner, Natasha Barclay, who has not been seen in decades. But why has no one been looking for her? It seems that Natasha’s family are the people who can least be trusted.

Delving into the details behind her disappearance and discovering links to another investigation, a tragic family history begins to take on a darker twist. Hampered by a widespread fear of a local heavy, as well as internal politics and possible corruption within the force, Porter and Styles are digging for answers, but will what they find ever see the light of day?


I really enjoyed this book. It opens with a rather macabre crime scene, which introduces its intriguing set up. The crime appears to have happened decades ago, and the scene has been undisturbed since the eighties. From the opening chapters I was gripped, and needed to know what had happened to Natasha Barclay.

After that shocking opening, What Falls Between the Cracks falls back into the relatively comfortable routine of the police procedural crime novel. We've got two experienced detectives, Porter and Styles, with a good working relationship, facing antagonism from other detectives and dealing with bosses more concerned with politics and PR than crime fighting. Robert Scragg clearly knows the tropes and the standards of his genre well. It's fairly clear who the bad guys are from early on in the novel, a group of East End gangsters, some of whom have made it rich and moved upmarket, while others still stalk around looking 'ard.

Yet for all of this familarity, the characters never fall into being caricatures. They all feel like solid, rounded out characters with their own drives and needs. And there is something really intriguing about the mystery at the heart of What Falls Between the Cracks. As a reader, I thought I knew roughly what had happened, and who was responsible, but there was still a lot of mystery there. Was Natasha dead? Who had actually killed her if she was, and why? All those pieces fell into place by the end, with a satisfying conclusion. The villains are pretty scary too, and there's a definite sense of jeopardy for most of the novel, which I really enjoyed.

I've seen this novel described online as Porter and Styles #1, and I would certainly read further installments in the series. There are lots of little snippets about Porter's backstory, particularly around old relationships and how this affects him moving forward, and hints about Style's home life. There's definitely enough there to leave me wanting to find out more about these two new detectives.

I also loved the references to a few places I only know from my wildlife books too, including the RSPB reserve of Rainham Marshes, and Ruislip Wood.

What Falls Between the Cracks doesn't bring anything startlingly new to the genre, but I can highly recommend this gritty, intriguing mystery to any crime lovers.

What Falls Between the Cracks is by Robert Scragg. It is published by Allison and Busby, and is available in bookshops now.


You can catch the rest of the blog tour at the blogs below: 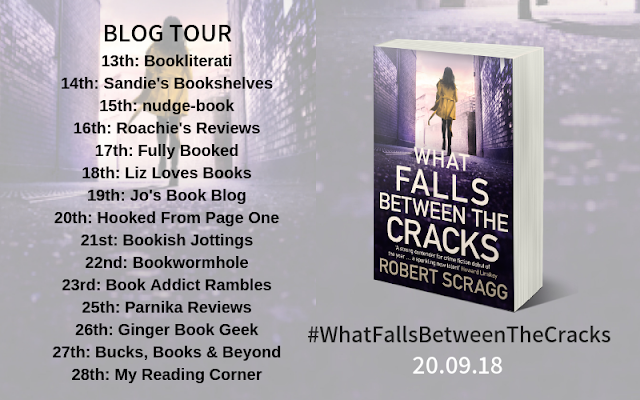