Blog Tour - Q and A with Sharon Gosling

The Extraordinary Voyage of Katy Willacott

Good morning, and welcome to the Book Worm Hole as we head off for the start of an extraordinary blog tour!
I am thrilled to be able to bring you a questions and answers session with one of my favourite authors, Sharon Gosling. Sharon writes some magical middle grade, scary young adult and gorgeous adult romances. Last week I reviewed her last adult novel, The House Beneath the Cliffs, I'll be sharing my review of her next adult novel, The Lighthouse Bookshop, in just a few days, but today we're here to talk about her latest middle grade, The Extraordinary Voyage of Katy Willacott.
I absolutely adored this book, and you can find my review of it here. You could also check out my reviews of The Golden Butterfly, The House of Hidden Wonders and the most viewed post on my blog ever, a post Sharon wrote about Victorian Spiritualism for the House of Hidden Wonders blog tour, which can be found here.
So it gives me the greatest pleasure to talk to Sharon about some of the inspirations behind her new book, The Extraordinary Voyage of Katy Willacott! 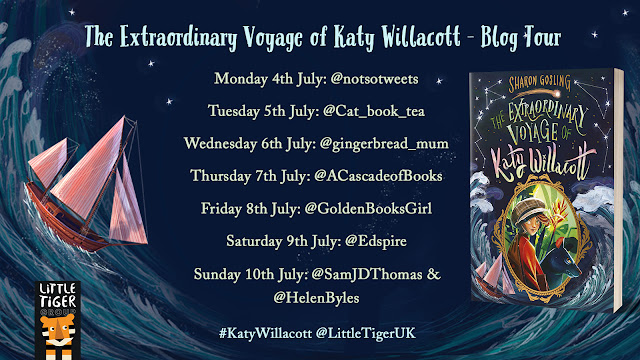 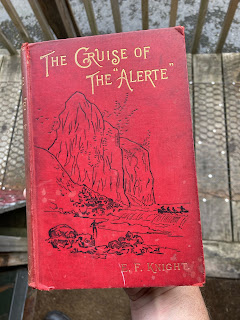 Thank you for that fascinating insight, Sharon. I hope you all enjoyed that as much as I did!
And don't forget to check out the rest of the blog tour. It's going to be extraordinary.
Labels: author blog tour MG