At the heart of a tiny community in a remote village just inland from the Aberdeenshire coast stands an unexpected lighthouse. Built two centuries ago by an eccentric landowner, it has become home to the only bookshop for miles around.

Rachel is an incomer to the village. She arrived five years ago and found a place she could call home. So when the owner of the Lighthouse Bookshop dies suddenly, she steps in to take care of the place, trying to help it survive the next stage of its life. 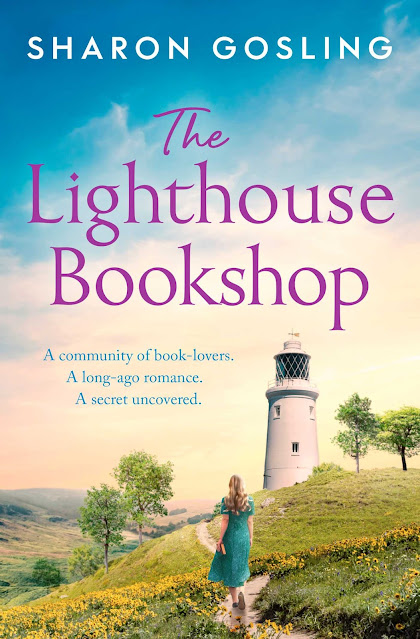 The Lighthouse Bookshop is absolutely gorgeous!

I quickly fell in love with the lighthouse as a building. It just sounds like the most perfect place and I soon found myself wishing I could visit and just spend days there, a wish that grew as I got to know the wonderful cast of characters. It has such a lovely sense of community and togetherness and I adored that so much.

Cosy bookshops aside though, The Lighthouse Bookshop is a story about buried secrets and new beginnings. Many of the characters are running away from something, secret traumas haunt them, but it's about starting again, putting the past behind you and becoming somebody new, and that really meant a lot to me. There's a sensitivity and understanding in the way it deals with people's hidden pasts and what happens when those secrets are revealed.

This theme is reflected in the lighthouse itself, and there's something almost gothic about the centring of such an unusual building, a lighthouse so far from the sea, and the secrets it conceals and reveals. The uncovering of the mysteries hidden in the lighthouse formed a fascinating subplot that tied into so many other things happening in the novel.

It's an emotional book too, with losses and regrets mixed in with the seizing of new futures, though it never dwells too much on regret, because this is an optimistic book. Despite your loss, your grief, your fears and concerns, and all of the pain of your past, it says, there is hope for the future.

The Lighthouse Bookshop by Sharon Gosling is published on 18 August by Simon and Schuster.