Review - The Fandom by Anna Day


The Fandom by Anna Day.

Cosplay ready, Violet and her friends are at Comic-Con.They can’t wait to meet the fandom of mega movie, The Gallows Dance. What they’re not expecting is to be catapulted by freak accident into their favourite world – for real. Fuelled by love, guilt and fear, can the friends put the plot back on track and get out? The fate of the story is in their hands ...A fast-paced, genre-flipping YA fantasy adventure from a brand new author, writing in homage to the best YA fiction. 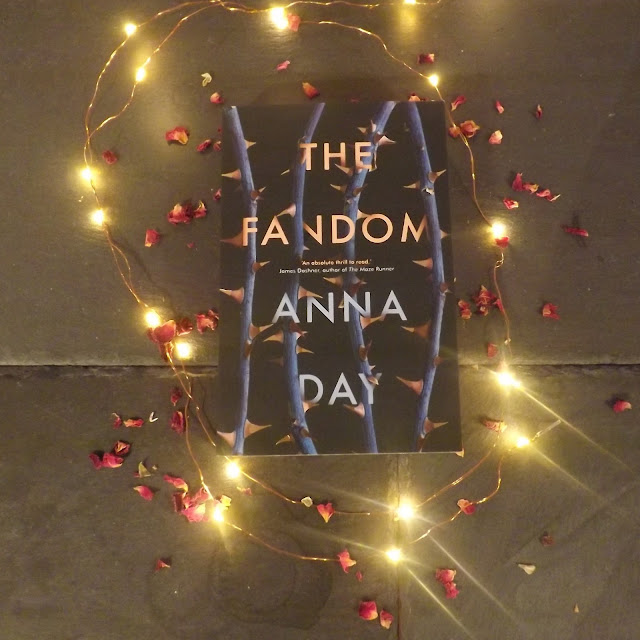 This novel was really my introduction to YA literature. Previously I'd always dismissed it as books for teens, and stuck to what I considered to be proper, grown-up books. However I was given an ARC to read, so I decided that I had to give it a try.

I loved this book more than I ever expected to. I started it thinking that it would be a light, fluffy and fun read. After all, how grim could a young adult oriented post-apocalypse be? How scary could it be to be caught up in your favourite fantasy franchise?

What totally took me by surprise and quite overwhelmed me was the depth of emotion within the story.

The friendship between the main characters felt real. It was complicated and shifting with a real sense of peril for characters I found myself really caring for. It wasn't just about a group of friends pulling together either. A lot of the conflict was between friends, particularly between Violet and Alice, and I loved that. Friends don't always get along. They often have different aims and they often fight. But at the end of the day, your friends are the ones who are there for you.

The romance plot lines are also very well done. The romantic male lead was quite unexpected and totally lush, and I loved the sequences that made fun of the kind of romantic scenarios so often seen in YA films and presumably also the source novels.

But the most powerful element of the whole story was the remarkable young heroine who knows from the opening line the fate that awaits her at the end of the story. This sense of impending danger kept the story flowing with pace and thrills, and made it an incredibly emotional read.
It also deals with some very dark subject matters, including segregation, capital punishment, sexual exploitation and more. It's fun, but it's not light or fluffy.

It is full of references to other novels, mostly YA dystopian stories I think. As I said, I haven't read much in that particularly area yet, though after reading The Fandom I am making a determined effort to catch up, so a lot of the references probably passed me by, but I've seen enough Hunger Games and Divergent films to catch the main references and I imagine that would add extra depth for readers who are familiar with the books written by Anna's peers. It really helps to keep the story grounded, knowing that the characters we're following are aware of all of the genre tropes too.

The Fandom is a remarkable debut that plays about with both the genre and our expectations of characters, with real skill and confidence. I cannot wait to see what Anna writes to follow it!