Review - Below Zero by Dan Smith

Below Zero by Dan Smith

When Zak's plane crash-lands on Outpost Zero, a small Antarctic research base in one of the most isolated places on Earth, he discovers a cold, dark nightmare. The power's out and the people who live there have disappeared. Worse, as he searches for answers, bizarre visions suggest a link to something else - deep beneath the ice - which only he can understand... 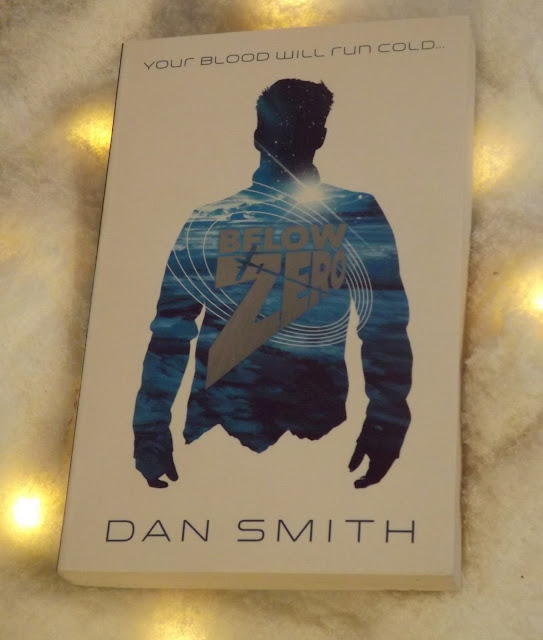 "Your blood will run cold" reads the tagline. Boy, is that right! Below Zero is a seriously chilling novel in more ways than one.

The Antarctic setting is so well described that just reading this book will reduce your temperature and have you reaching for extra blankets and the thermostat. It really pulls you right into the setting. That setting is great too, an isolated Antarctic base filled with people preparing themselves for life on a Martian colony. Or rather, it should be filled with them, but they have all disappeared!

It's also a very chilling thriller; despite the fact that I was an adult reader of MG literature, I found myself getting rather scared reading it in places. There's a definite eeriness to it, made all the worse by the recurring tick-tack-tick-tack noises echoing through the supposedly deserted base. What happened to the original inhabitants of the base and what will happen to the new arrivals is a mystery that unfolds slowly and cleverly through the book.

I really liked the characters. Zak is a great young hero, and the relationship between him and his sister, May, is a believable and lovely mix of support and rivalry. The impact of Zak's illness on him and his family was handled really well too. The other young character, Sofia, is a good contrast, a tough, capable heroine from the start. It's also great to see Zak and May's parents playing a large role, as too often parents conveniently disappear out of the picture in MG and YA fiction. The villains are rather scary too, giving the book a combination of threats that we're just waiting to see collide. I'd love to see the Broker turn up in some more of Dan's adventure books, as I would like to see more of this intriguing character.

The cover is brilliant too. It is so stark and white, which fits the book perfectly and gives it a real impact, but there's actually so much going on in there, from the plane across the shiny text, to the silhouette of the mountain peaks across the bottom of the figure.

The publisher, Chicken House, recommend this book for ages 10+. This feels pretty accurate, as it is genuinely creepy. I think my ten year old daughter would enjoy it, but her younger brothers probably aren't ready for it yet.

Below Zero is out now, and Dan Smith will be appearing at Waterstones Newcastle on 26th January with Anna Day, author of The Fandom, and at Waterstones Durham for their kids book club on 24th February.

I'm giving Below Zero four and a half moons