Spending the summer in New York, Mia is hoping to escape the visions of Holly that haunt her life at home. There she meets Rav, a parapsychology student, who convinces her to take part in a study into why some people see ghosts. Soon she is caught up in the investigation of Halcyon House, which is reputed to be haunted by a poltergeist. As Mia confronts her fears, what she learns about the house and herself will change her life forever. 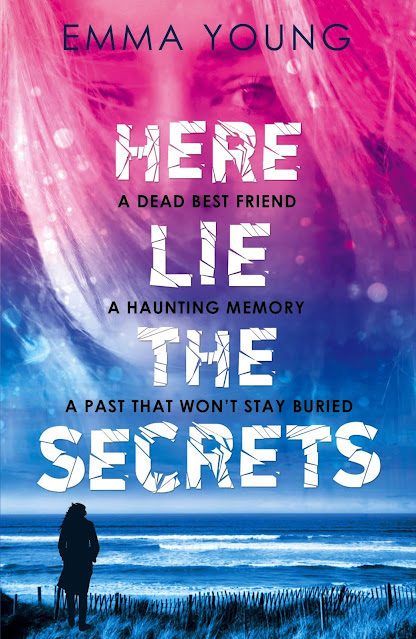 A fascinating ghost story about a young girl haunted by her dead friend, who meets a group of professional, academic ghost hunters. I loved it!

It has a slow start, as Mia heads to New York, to her cool aunt's apartment. There she gets pulled into Rav's world of professional ghost hunters. The tension slowly and steadily builds beautifully throughout the book, as she gets more and more absorbed in this world. While she does, there are constant hints about a ghost who's haunting Mia, her dead friend, and there are so many secrets there that unfold magnificently through the story.

I loved the scientific basis for the ghost hunting, and thought that worked really well combined with the psychological horror elements. Mia was definitely a character I connected well with, and the emotional punches of the novel left me reeling.

Here Lies the Secrets is clever, haunting and emotional. I'm giving it four and a half moons