R.J. Furness takes the Inside Out challenge

Hello! I've got an exciting post to share with you today, the first time an author has taken on my Inside Out challenge. R.J. Furness is the writer of a wonderful series of books about Orgo runners, and as I've recently got my book worm hands on some of these you can expect to hear a lot more about them soon. But today he's here to talk about some of the books that have had an emotional impact on him.

First, please introduce yourself, including any blog addresses or twitter handles you like.
Hi everyone.  I’m R.J. Furness, author of the “dissent” and “Orgo Runners” books.  You can find me on Twitter (@rjfurness), Instagram (@rjfurness), Facebook (furnesswrites) and my blog, which is www.rjfurness.com 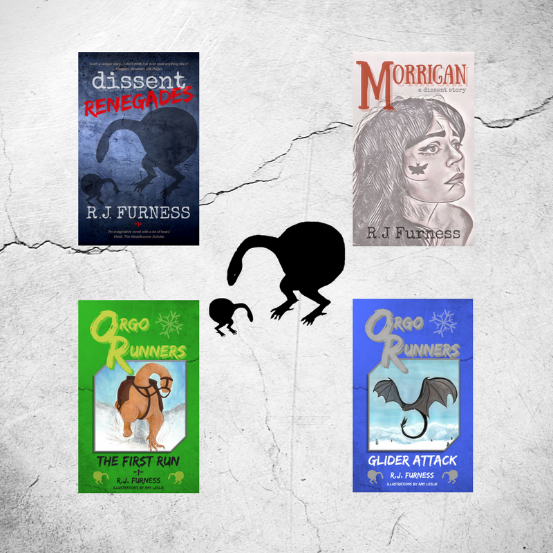 Can you tell me about a book you have read that made you feel joy?
The first book that comes to mind is ‘Moroda’ by L.L. McNeil.  To begin with, I met L.L. on Twitter and she has always been so lovely and supportive ever since.  I was immediately drawn to Moroda (her debut book), and it had been a long time since I’d read any fantasy books.  One of the reasons it made me feel joy, was because I really wanted to love it—and I did!  I also fancied a great fantasy escape—and it was!  If you like fantasy stories, then this is an ideal book for you.  In fact, if you don’t, I’d still recommend it.  Moroda is packed full of great characters, and it has sky pirates and airships.  Plus, if you’re a dragon enthusiast, there are plenty of those too.  What more can I say? 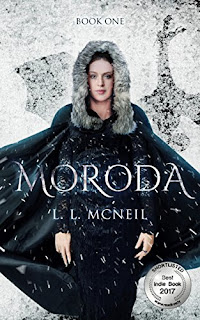 What about a book that filled you with sadness?
‘A Monster Calls’ by Patrick Ness.  This book brought me to tears on more than one occasion.  Sadness isn’t something I shy away from, and for me this story was very powerful indeed.  I have yet to see the movie.  A Monster Calls was that good, I’ve never felt the need to.


Have you read a book that made you feel angry?
I’m trying to go with the first answer that springs to mind with these questions.  Therefore, I’m saying ‘The Green Mile’ by Stephen King for this one.  Yet, at different points, this book fits with all the emotions for me.  I first read ‘The Green Mile’ when it was released in serial form, and it blew me away.  What an incredible story.  There are so many moments that made me angry along the way too.  For one, there’s the crime John Coffey is sentenced to death row for.  It’s also fair to say, that it provoked the feelings I have around the death penalty.  But without giving too much away, there were plenty of other issues and characters in there, that made my anger bubble. 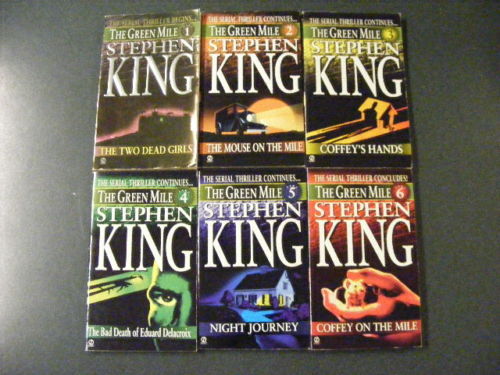 Has a book ever disgusted you?
Before I begin, when I thought of disgust I immediately thought of a particular book that made me feel disgust.  The book didn’t disgust me as such, but it did make me FEEL disgust.  With that in mind, I’m talking about ‘The Handmaid’s Tale’ by Margaret Atwood.  I can’t even remember how long it is since I read this book though.  Back then, I was horrified at the idea behind it.  I was disgusted by the notion that it could possibly happen.  At moments there was anger, but mostly it was disgust.  The best way I can describe it, is to compare it to how I felt when my dad first told me about Anne Frank.  It was inconceivable to me that such horrors could have occurred, only a few decades before I was born.  So, when I first read ‘The Handmaid’s Tale’, it made me wonder if society could become anything like the one Margaret Atwood described.  Over the past few years, this story has become so relevant in my mind.  With that, my disgust has grown further.


Can you tell me about a book that made you afraid?
I was only talking about this the other day.  Years ago, I read James Herbert’s ‘The Fog’.  At the time, for whatever reason, it really creeped me out.  Don’t get me wrong, I’m a little hazy on some of the detail now.  However, there are some scenes that have stuck with me.  When I think about it now, it seems daft.  Either way, it gave me the shivers back then.


And finally, can you tell me a little bit about a book that you know inside out?
This is where a few books called out all at once.  For example, I read the ‘Narnia’ books over and again when I was younger.  Some of those (not all), I could quote lines from now.  There were also many Roald Dahl books that captured my imagination too.  ‘The BFG’ was a particular favourite, and so was ‘Georges Marvellous Medicine.’  Generally, it’s the books that I read as a child that I seem to know and remember most.  But there are books I read at older ages, or as an adult, that I read more than once too.  ‘Lord Of The Rings’ and ‘The Hobbit’ come to mind, and I read them as an older child.  Anyway, over all others, the book I want to call here is Rudyard Kipling’s ‘Just So Stories’.  This book was given to me by my dad, and I still have that copy now.  The stories were read to me when I was a child, and I was fascinated by them.  Then, I continued to read them as I got older.  On the whole, the ‘Just So Stories’ have meaning in my life that goes beyond the book itself.  Therefore, I have treasured the book and the memories attached to it.  For me, life is often about ‘moments’ we can cherish.  The ‘Just So Stories’ capture some of my most precious ‘moments’.


Thank you for joining in. I'm probably showing my age here but I read The Green Mile in monthly installments too.