The woman’s golden hair is spread out beneath her on the bed of leaves where she’s fallen, her beautiful blue eyes open wide. The police are calling it a random attack, but crime reporter Jessie Tucker isn’t so sure – she’s seen this crime scene before… she was the victim.

Twelve years ago, Jessie Tucker was attacked as she made her way home from an outdoor concert. Having fought her way back to full recovery, a slight limp is the only reminder of the trauma of that night. The police told her she was unlucky – that she was safe after they charged a local man for the crime. But Jessie has never managed to shake the feeling that there was someone else in the park that night… someone she knew.

But then Margaret Kincaid’s murder file lands across her desk, and Jessie knows she can’t keep silent any longer. Margaret’s wounds so exactly match her own it's spooky – but Jessie’s attacker is in prison, and Jessie has never met the victim. What links her to Margaret Kincaid, and why did the attacker let one woman live, and the other die?

Then the police gun down their top suspect and it seems that Margaret’s case will die with him. But Jessie is sure that the police got it wrong: the real killer is still out there, and it’s someone close to home. It’s up to Jessie to put together the pieces before he finds his next victim… but who can she trust with the terrible truth? 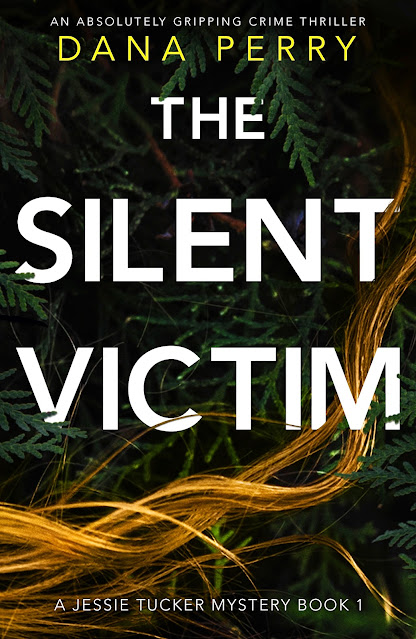 I really enjoyed The Silent Victim, and found it a totally gripping thriller.

The main protagonist being an investigative reporter instead of the standard cop/detective worked really well. Jessie is a really interesting character, and with her background of being attacked and left for dead herself gave an excellent spin on her quest for justice for a new victim. I liked all of the elements around her being a survivor, building her life back up after such a crippling injury, changing career because of what happened and the friendships she'd built up during her recovery. Then watching the impact of this new investigation and what she discovers on her own recovery was quite fascinating.

One of the advantages of the investigative reporter protagonist is that it gives more freedom to explore police corruption from the outside, and I thought this was really well done. A major element of this book is corruption in the police and corrupt politicians, and given the events of the last few years I thought this was both timely and well handled.  It also highlighted the problems reporters face within their own papers, trying to negotiate the desires and ambitions of different editors who may be trying to appease powerful external influences.

There were plenty of twists and turns in the plot too. I was kept gripped by the novel, as more and more of the truth behind the death of Margaret Kincaid was revealed, and other long-buried secrets came to light. The pace of the reveals was excellent, sometimes taking a while for Jessie to uncover more and sometimes coming in a breathless rush, and I really liked that some of them were left unsettled, because life isn't always as neatly tied up as many novels would have us believe.

I loved The Silent Victim, with its themes of overcoming trauma and corruption in power, and it's nuanced investigation of a death that many were quick to conclude easily solved.

The Silent Victim by Dana Perry is out now, published by Bookouture.