ALL HE DID WAS FALL IN LOVE WITH ME AND THE WORLD TURNED HIM INTO A MONSTER.

Vanessa Wye was fifteen-years-old when she first had sex with her English teacher.

She is now thirty-two and in the storm of allegations against powerful men in 2017, the teacher, Jacob Strane, has just been accused of sexual abuse by another former student.

Vanessa is horrified by this news, because she is quite certain that the relationship she had with Strane wasn't abuse. It was love. She's sure of that.

Forced to rethink her past, to revisit everything that happened, Vanessa has to redefine the great love story of her life – her great sexual awakening – as rape. Now she must deal with the possibility that she might be a victim, and just one of many. 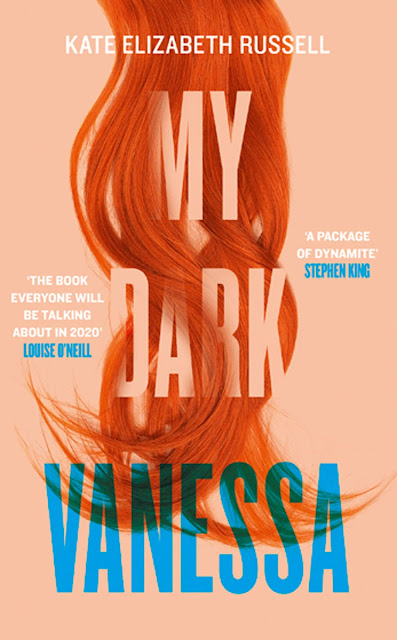 My Dark Vanessa is a love story told from the perspective of the victim.

That contradiction is at the heart of the novel. Told from the point of view of Vanessa, we see flashbacks to her first love, and watch as she is romanced and seduced by an older man who adores and worships her. However, as a reader it's very clear that we're watching her being groomed, abused and raped by her teacher.

Vanessa never thinks of herself as a victim, she refuses to quite vehemently at several points, but this is so hard to reconcile with the text before us. The parts where we see her as a grown woman in her 30s, trying to deal with the fallout from other students accusing the teacher she was in a relationship of abuse show us a woman who is damaged, her potential never realised, depending on drink and drugs and bad relationships to get by. It's harrowing and hard to see her still reaching out to her abuser for comfort so many years later, even after (an absolutely stomach-turning) revelation that she became too old for him to have sex with (she is 27, he is 57).

My Dark Vanessa never pretends that there's anything sweet or romantic in their relationship, regardless of the narrator's personal feelings. From the start I just felt like Strane (the teacher) was waving red flags around all over the place, from the accidental touches under the desk to giving her Lolita to read (Honestly, fucking Lolita! That book haunts this novel, Humbert Humbert's dirty little fingerprints all over it.)

My Dark Vanessa is clearly a novel of the MeToo movement. As such it raises an awful lot of fascinating discussion points. One that continually comes up is Vanessa's agency. She believes that she chose what happened to her, that she was given choices at every step, that she held power in the relationship. She argues that turning her into a victim takes all of that away from her, tells her that she had no power, no choice, no control and that's something she struggles to accept. There are also questions about a woman's responsibility to support other abuse victims. Another student, Taylor, wants  Vanessa to talk about what happened to her, pressures her to do so, but shouldn't that be Vanessa's own choice?  I don't feel like it ever questioned the rightness or wrongness of what happened to Vanessa, but there are so many complexities around how she sees it and how she deals with it that the book sheds light on.

My Dark Vanessa is a powerful novel but makes for very uncomfortable reading!

My Dark Vanessa by Kate Elizabeth Russell is out now, published by 4th Estate.